I was born on 27 August 1963. I was the youngest of 5 children. I have 2 brothers and 2 sisters. My father left his beautiful homeland of Sicily in 1956 to come and work in the mines in the Centre Region. He was 24. My mother joined him 6 months later with my brother Franco and my sister Maria, who was 6 months old. My parents couldn’t speak French. How brave they were! And what an example for me!

I am lucky enough to have 2 fantastic children, Céline and Stéphane. They make me happier than anything else. And last but not least, Patricia, the woman in my life, for over 30 years. A real couple, solid, constant, made up of two strong personalities.

My family is my anchor in life. 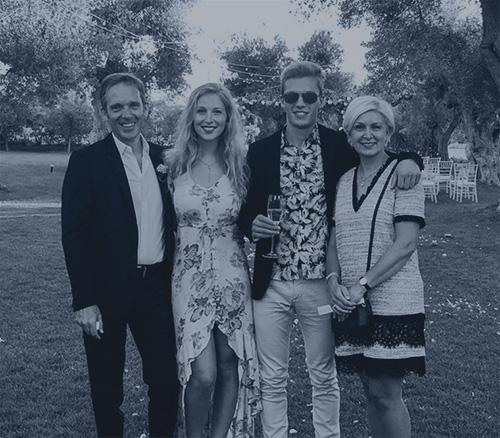 I never had to work very hard when I was young. In primary school, everything seemed to come to me quite easily. In secondary school, I specialised in Latin and Maths, a bit randomly really.

When I finished school, I decided to study IT, because I was good at Maths and I didn’t know which direction I wanted to go in. The only thing I knew for certain was that I didn’t want to carry on studying for too long or too hard. I wanted to be able to start working as soon as possible. I didn’t understand the need to study for 5 long years at university when you could get a qualification after 2 years.

My parents never interfered with my decisions. Not once. I don’t think they even glanced at my reports. I was independent and responsible. But I knew that they loved me a lot. 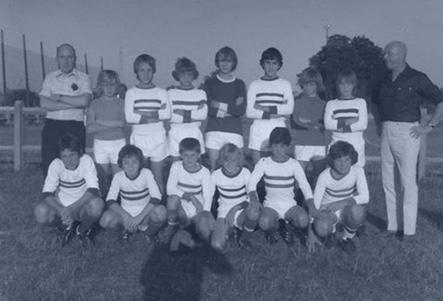 I could juggle the 2 quite easily. I just had 2 objectives, and I organized myself accordingly. At the end of that first football season, Charleroi Sporting was interested in me. At the same time, I signed my first contract as a player and got my first job at an IT company, which was also based in Charleroi. 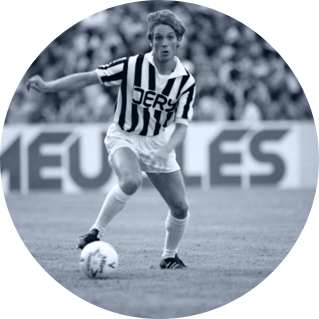 In the 5 years I was at SBAI, an IT company specialising in software for hospitals, I started out as a programmer, and ended up as a project manager.

Alongside that, I was playing for Charleroi Sporting. After 2 years in the 2nd Division, in 1985, we went up to the 1st Division in a memorable play-off final. I played as an amateur for 2 years in the 1st Division; so I was working during the day and training in the evening. In the last year, as a semi-pro, I had to juggle work with football during the day. At the end of that season, the club management asked me to become a professional.

After playing around 70 matches in the 1st Division, I refused. 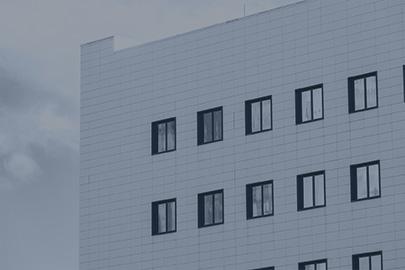 I left Charleroi and went to Brussels.

I was totally outside my comfort zone, and I started from scratch from the bottom rung of the ladder.

I continued in this role for 5 years. Alongside that, I played in the 3rd Division for RAAL for 2 years, and for Stade Leuven in the 2nd Division for 1 year, because I wanted to learn Dutch.

When I was 28, I stopped playing football and started to study to be a coach.

That year, I married Patricia as well. 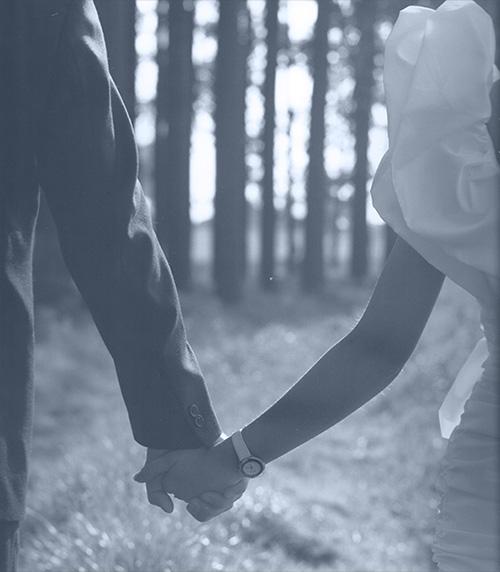 When I was 30, after 5 great years as a Sales Representative, I was given the opportunity to become a Sales Manager. I also finished studying to become a coach.

Once again, a fundamental decision: embark on a career as a coach and continue as a sales representative, or accept the position of Sales Manager.

I decided to go for the position of Sales Manager, and I totally withdrew from football. I didn’t know then that this withdrawal would last for a long time (20 years).

Over the next 5 years, I played a very active role, and enjoyed a lot of success developing IBS in Brussels and Wallonia. 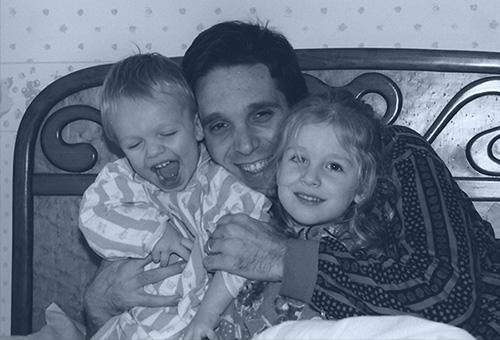 When I was 35, after a great year at IBS, during which staff numbers rose from 60 to 100, I was approached to become managing director of the Brussels office, but I wasn’t totally satisfied, not completely happy. I wanted more freedom, more autonomy. Plus, after 10 years of loyal service, without ever tallying up my contributions, I wanted to become a shareholder.

Today, EASI is one of the best companies in Belgium

Our turnover is more than 45 million.

But much more valuable in my eyes than these figures, is the fact that we are a company whose employees are incredibly committed and loyal. We have had the happiest employees in Belgium 6 times in a row. We are a participatory company, where 105 employees are shareholders.

The most important thing at EASI is the staff. In spite of this, EASI’s interests take precedence over individual interests.

Thanks to this model, we perform very well.

The management committee is mainly made up of employees who began their professional career at EASI. The foundations of EASI’s success are: Human values, Organisation, Effort, Sharing and Happiness.

Our human values are: Respect, Equality, Positivity, Professionalism, Loyalty. The ingredients to our happiness are: Recognition, Freedom, Transparency, Mission, Love.

A true leader does not make followers

At the end of 2016, as EASI was enjoying more and more success, and I was starting to establish a reputation, I could have exploited this position, which had been acquired thanks to considerable effort, but a certain routine and a feeling of weariness crept in.

Alongside that, I felt a desire to share my position, the need to give my directors even more autonomy. I didn’t want them to feel what I had suffered when I was 35. A real leader makes other leaders, and he has to have the courage to step aside and let others overtake. I don’t like people who cling on to power. I left the management committee. It was a difficult decision to take, but I’m very proud that I did, even if it made me feel a bit down and even though I didn’t know, at that time, what I was going to do with my free time.

At the beginning of 2017, I decided to start a new adventure with RAAL. My challenge is to transfer the EASI model to the world of football, which is struggling, and to build one of the best clubs in Belgium.

A football club with the same foundations of success as EASI, with colleagues who uphold the same human values and with the same ingredients for happiness.

Obviously, that might make people laugh, as EASI did at the beginning. Once again, I am starting from the bottom again. History is repeating itself. I am taking risks and moving outside my comfort zone.

Everything remains to be done. I don’t want to be an “honorary” chairman. I want to play an active role, get my hands dirty and really get involved in the club’s attempts to grow.

I should also say that the idea of creating a collective project (there are lots of people supporting me) gives me great satisfaction. This project will have an incredibly positive impact on the town I was born in: La Louvière, which has such a terrible reputation. I have been given a lot in my life, and feel more and more that I need to give back, to share. 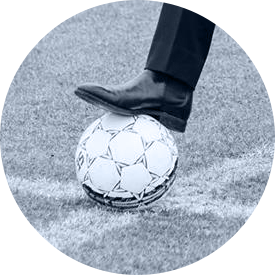 At the end of 2015, I was asked to give a lecture about the keys to EASI’s success. Talking to a small group of people I knew was my kind of thing.  Talking to bigger groups, to people I didn’t know, was totally new for me.

I accepted the challenge, and so far, I have given around thirty lectures.

After each one, I felt such a positive energy from the people who had been listening to me that I felt the need to share it with more people.

After thinking long and hard about the matter, in the end, I finally accepted that writing a book was in no way an act of pride.

This book has been released in October 2018, a few months before the 20 years of EASI. 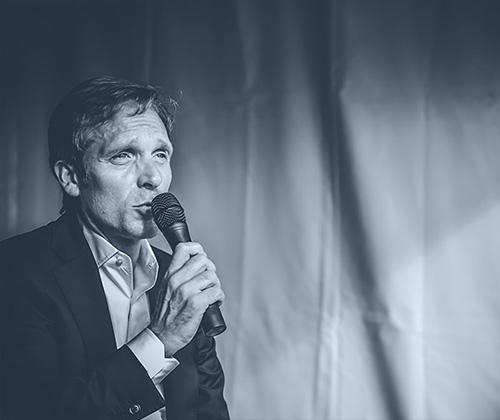 EASI is now celebrating its twentieth anniversary and is the only company to have won these three awards in the same year: Company of the Year, HR Pioneer Award and Best Employer/Best Workplace. Humanity needs projects, to be recognised for its work and to do things that are meaningful. It is this feeling of fulfilment at work that we want to develop in our employees. EASI is not my company. It is our company.

The future of EASI

The moment is symbolic, since I have just handed over the reins to Jean-François Herremans and Thomas Van Eeckhout, in so doing choosing two CEOs to succeed me who began their careers in the company. This award has a special meaning...it recognises all the work that has been accomplished and, at the same time, marks the end of a chapter for me, as CEO of EASI. Being Company of the Year is truly a title that is all about performance, one that rewards companies that have experienced strong growth in recent years and that have the capacity to grow even more in the years to come. Let us certainly grow, but not at the cost of our strong values! Under the leadership of Jean-François and Thomas, EASI is preparing a surge in growth with a view to international acquisitions. We have big ambitions in terms of growth. In 2025, we aim to count 500 employees. This award will certainly help us to strengthen our reputation and facilitate our recruitment approach both in Belgium and abroad. It is also a vote of confidence for our customers and our employees.

I still have one last goal: to be considered as a model for other companies. Because even if I am handing over the torch, I remain the primary ambassador of EASI and its model.

1 in 3 EASI employees is now a shareholder

In 2021, I decided to sell a large part of my shares to allow 51 employees to become shareholders themselves. Although I still retain 41% of the company, I have now become a minority shareholder.

Sharing is a value so deeply rooted in EASI's DNA that it is a direct cause of our success. It is therefore logical that the company does not belong to one key person and that our success does not depend only on certain people. For me, employee ownership does not only ensure the stability and continuity of our company, it is a model that motivates us all to grow. In fact, I see a growing interest for this model in other companies.

Today, EASI employs around 320 people, 105 of whom are shareholders. This means that almost one employee out of three is a partner in the company.

I am happy to share my company and not to have clung to power at any cost. 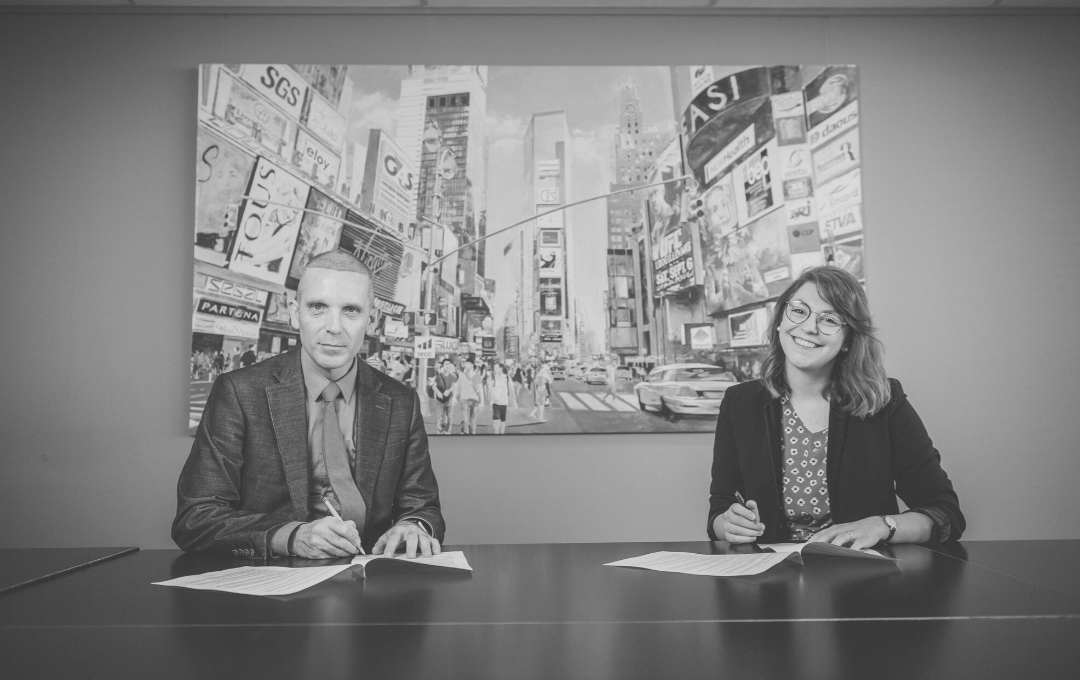