In this article, Vincent Raze, v.pharma IT department director explains to us why he has chosen SentinelOne as antivirus. 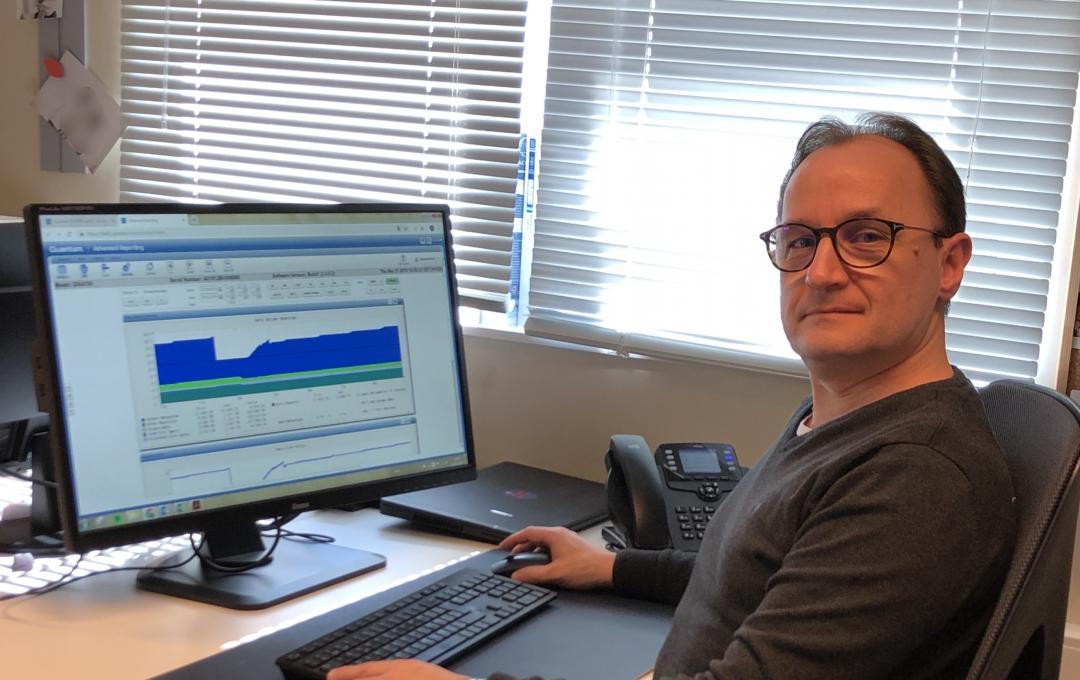 What are your responsibilities?

Up to last year, I was only in charge of infrastructure (network, servers etc.). Today, I supervise the IT department team and look after the application-level more. Indeed, we develop a lot of things internally around these applications.

How did you find out about EASI?

We had a partnership with IBM regarding our infrastructure and they directed us to EASI. Renauld Duschesne, Business Manager at EASI called us just at the perfect time to introduce us to the product, SentinelOne.I was immediately seduced by the Sentinel One solution. I have always considered antivirus to be a necessary evil. I mean, one cannot really do without it but, on the other hand, I have rarely seen an antivirus blocking a real threat, rather false positives than really dangerous issues. During the demonstration, we intentionally launched a ransomware. Still, thanks to the Rollback function, we were able to restore all our files. It was quite amazing!"

Why did you choose SentinelOne as your antivirus? What are the benefits?

We had been using another solution for three years and some drawbacks became quite serious (in particular for access to an online banking site). SentinelOne is a much lighter and more interesting product, but more expensive than a classic antivirus. Which makes sense given the many advanced features it allows.

What are the benefits? The management console in the cloud that makes things much easier for this kind of product. The solution is constantly up to date, you don't have to worry about anything and it's accessible as soon as the endpoint has an internet connection. Furthermore, the lightness of the client which allows SentinelOne stand out even more from Bitdefender. Finally, the possibility of isolating the computer from the network to avoid contamination of other machines. As for the rollback button, which allows you to recover files, this is an attractive feature, even if I hope not to have to use it too soon.

How is the relationship with EASI support going?

It's simple, I have never had to call for support. We have 50 sites and the product was very easy to install. I was able to use remote deployment software due to the lightness of the installation package.

v.pharma is a cooperative of pharmacies that is over 130 years old which distributes its products (medicines, paramedical equipment, etc.) to around forty pharmacies in the Verviers region and surrounding area.